When Brno Universities Come Together for a Good Cause: Together We Donated 255 Litres of Blood

From last October until this spring, six Brno universities managed to donate over 255 litres of blood as part of the UNIVERSITY BLOOD DONATION CUP. The event was organised by the Faculty of Medicine of MU under the patronage of its Dean, Martin Repko, to support the campaign of the statutory city of Brno “Donating blood for Brno”.

Students, graduates and employees of six Brno universities participated in the UNIVERSITY BLOOD DONATION CUP event. The possibility of donating blood within the event lasted from 1st October 2020 to 30th April 2021. Due to the situation associated with the coronavirus pandemic, we only organised the meeting and handing over of the symbolic cups now. On 14th October, student coordinators had the opportunity to meet on the premises of the Faculty of Medicine MU after a long time, and evaluate the course and impact of the campaign.

The impact of the event was indeed seen throughout the Czech Republic. Volunteers donated blood or any of the blood components in Ostrava, Boskovice, Olomouc, Náchod, Příbram and Karlovy Vary.  Most of the donors, however, came to the Brno collection centres at the Transfusion and Histic Treatment Department of University Hospital Brno and the Blood Bank of St. Anne’s University Hospital. Over 570 donors from Janáček Academy of Music and Performing Arts, Masaryk University, Mendel University in Brno, Newton University, University of Defence and Brno University of Technology took part in the event.

Representatives of the participating universities – student coordinators, Vice-Dean for Student Affairs Mgr. Jana Fialová, Ph.D., representatives of the Magistrate of the City of Brno Mgr. Iva Koudelková and MgA. Petr Vlha and the coordinator of the project Mgr. Natália Antalová attended the meeting. In an informal atmosphere, they discussed the need for blood donations, the constant addressing of first-time doors or the need to establish a national register of blood donors, as well as the prospects of further cooperation.

The handover of the cups to the partner universities took place in an intimate atmosphere, but with a carefully prepared programme. The guests were greeted by Vice-Dean Fialová, who commented the campaign: " as a Faculty of Medicine MU we are proud of the fact that we became the coordinators of the University Blood Donation Cup. We were able to join efforts of a few important universities, which is not a small force in the city of Brno, in the idea of donating blood on behalf of one’s university and thus helping many in need." The handover of the cups and gifts to the coordinators was followed by a special tasting of teas to support haematopoiesis, prepared by the Medicinal Herbs Centre of the FM MU.

Project coordinator Mgr. Antalová appreciated that the universities were able to unite and did not compete against each other. She mentioned the importance of addressing a big number of first-time donors not only within the University Blood Donation Cup, but the whole “Donating Blood for Brno” campaign. The cherry on the top – or should we say needle - was the blood collection training of all the participants on the model of an arm. Under the supervision of Natálie, the student coordinators tried to draw artificial blood from the arm model. Everyone was successful! Most likely because they donate blood regularly.

From all the donors involved, we also drew 10 winners, to whom we will hand over gift packages at the earliest opportunity. We want to award them a little and thank them for the invaluable help to those who really need blood or one of the blood components.

Your school - Your blood - Your help! 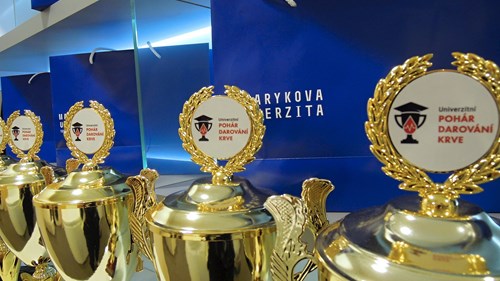 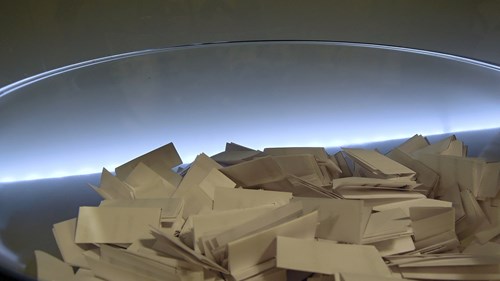 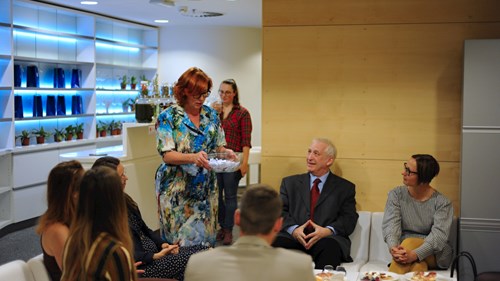 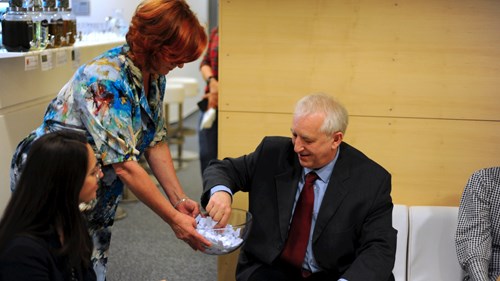 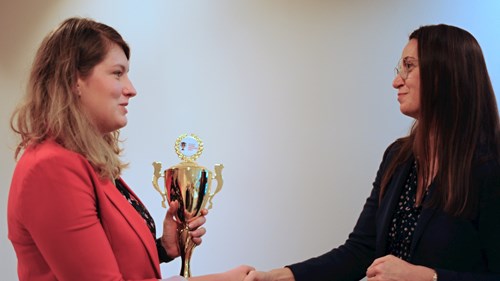